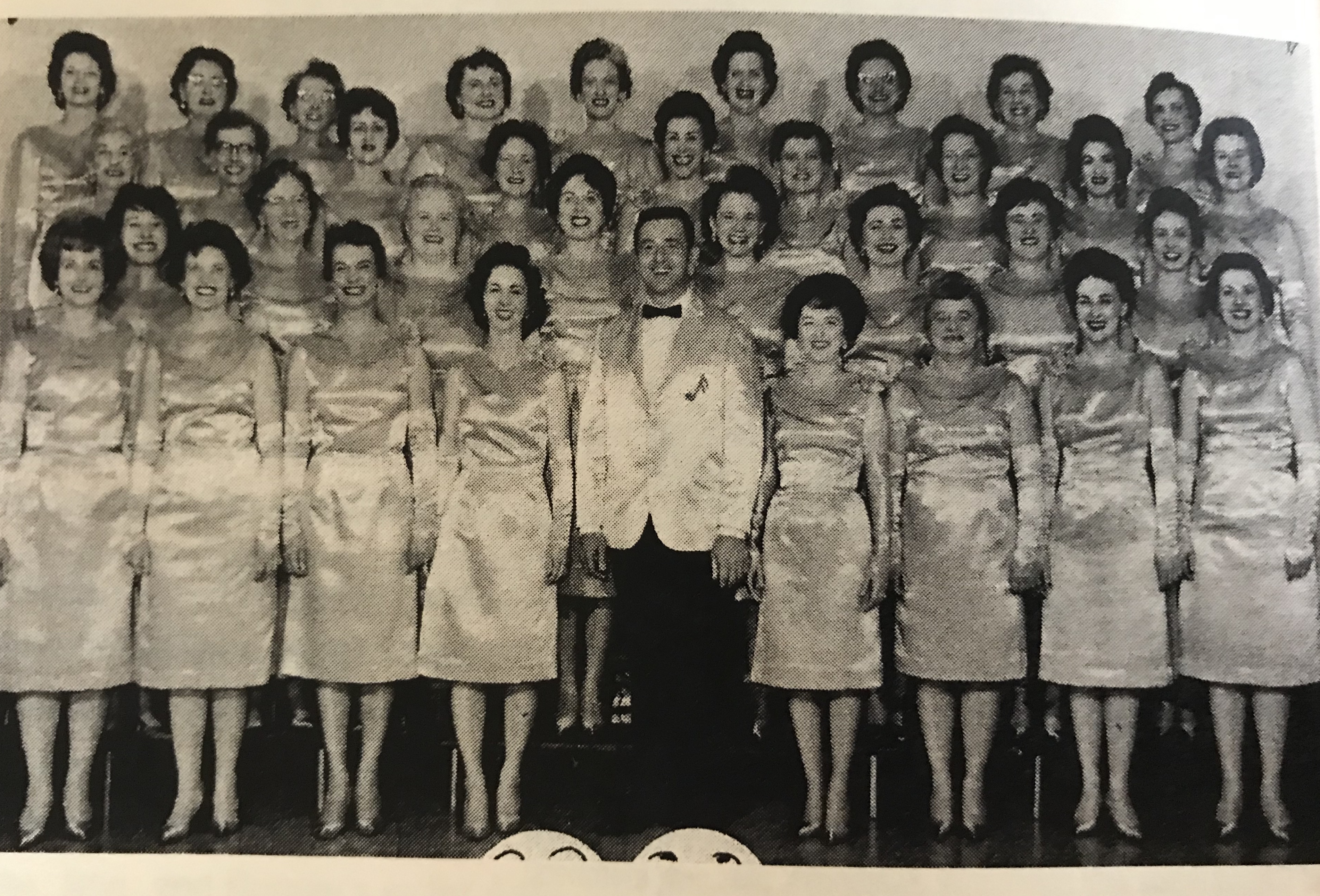 Mary LaMaster took over directing in 1969 and was our director for 20 years. Under the leadership of the "White Tornado," Choral-Aires earned three Regional 1st place medals and a top ten place at International.

In 1989, Karen Breidert became our new director, after Mary retired. Karen was the baritone of Jubilation who were the 1985 International Queens of Harmony.  Karen challenged the chorus to complement great singing with theatrical choreography.  In her six years with us, we won two Regional Competitions and placed 4th at the 1995 International Competition in New Orleans.

Joan Boutilier became our director in 1995 and continued in that role until 2012. Under Joan's leadership, Choral-Aires consistently performed at Regional and International in the top ten.   We benefited from Joan's knowledge as a judge in the sound category.  We cheered her quartet, the Four Bettys, when they took first place at the International competition in Calgary, Canada in 2007.

In 2012, Bonnie Fedyski and Amy Brinkman moved from the risers to be our front line directors both quickly earning Master Director status.  These two sisters have more 50 years of experience between them and a few crowns from their quartet Chicago Fire's win at International in 1995.They balance each others strength's perfectly.  With "Those Two Girls", we have gone to the top ten at International three times.

Sign up for our newsletter to receive the latest news and event postings.